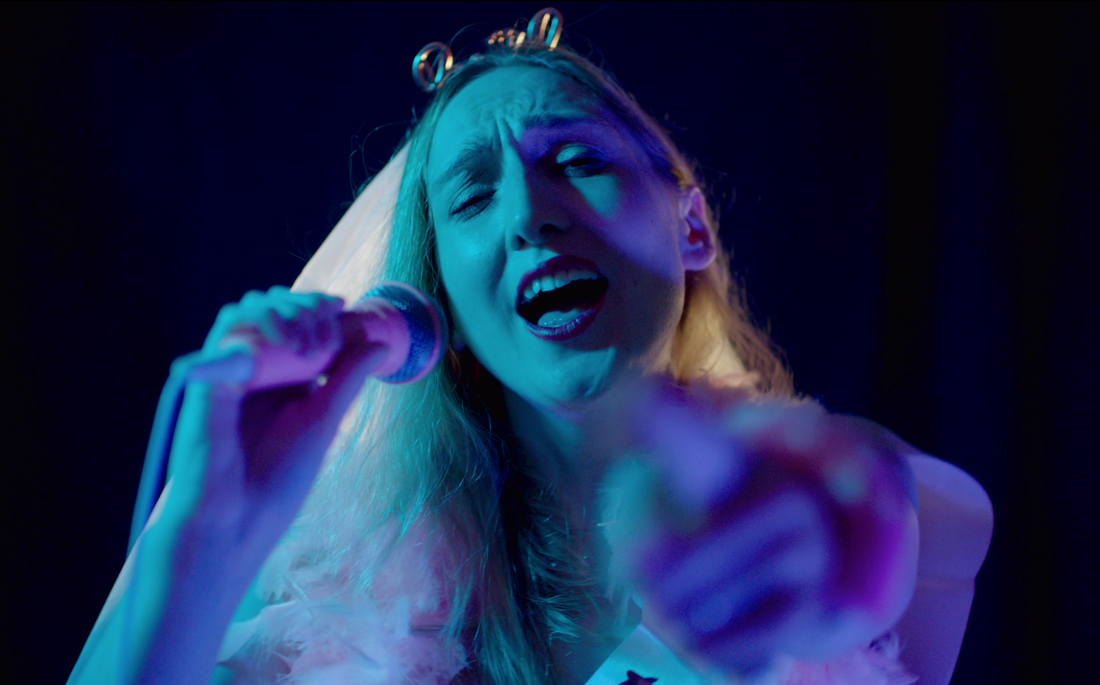 Image Description - A film still from Hen Night, tinted with blue and purple hues. Nicola Chegwin plays Jessica, a young disabled white woman with long blond hair. In the image she is singing and pointing into camera, holding a microphone firmly in her hand. She is wearing hen party accessories including a white dress, feather boa, pink fluffly handcuffs and a costume white veil on a tiara which says 'bride' on it. The veil is over the back of her hair and not her face. She is wearing a hen party sash.
​"(a) fiercely urgent piece of television"
Disability Arts Online

"A landmark moment in broadcasting"
The Guardian 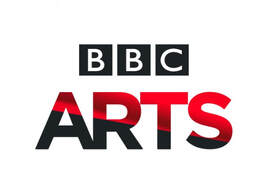 "One of the first pieces of disabled-women-led British broadcasting"

Accessibility: There is an optional captions version and an audio described version available to watch free here from anywhere in the world.


Vici says, "We're not telling the truth about who we are as a nation if we do not include the stories of disabled people in our cultural landscape. These stories have been ignored for far too long."

We are thrilled to announce that Vici Wreford-Sinnott's commission by the BBC for a short film, Hen Night, created as part of their Culture In Quarantine season 2021, has been green lit and will be broadcast in the coming weeks, representing one of the first disabled women led pieces of scripted broadcasting in the UK.  Vici has been a highly respected theatre writer and director within the UK Disability Arts Movement for almost 30 years, actively campaigning for better representation of disabled people on TV, film and stage, creating brand new disabled characters to tell important and previously hidden stories. She has transferred her skills to broadcasting during the pandemic to ensure that disabled people remain visible in public life.

Hen Night is a solo piece starring Nicola Chegwin, who is best known for her roles in Queens of Mystery, is the face of the McCain’s Emmerdale ident and is playing lead character Helen on stage in a national theatre tour of Cured by Laurence Clark.

Nicola plays the young and fiercely independent Jessica in Hen Night. Against a backdrop of the pandemic and budget cuts, we meet her as returns home from a ‘rush job’ hen night under threat of an imminent lockdown. Her ‘last night of freedom’ is far from what she, or any of us could imagine, as she is told her care package is to be cut, turning the independent life she has worked so hard for upside down. As her story unfolds, we see the extraordinary mix of pride and vulnerability, and the fight that comes when you want to hold on to your independence and dignity. Her fight for survival is on.

Vici Wreford-Sinnott is the founding Artistic Director of Little Cog, a dynamic disabled-led production company, based in the North East of England,  serving as a nucleus from which so much exciting and vital work emerges.  Vici is co-founder of Cultural Shift, a model of excellence demonstrating how mainstream culture can equally embrace and embed disabled led practice.  In addition to her artistic portfolio of plays, theatre pieces and digital work, Vici has created many pioneering programmes of disabled-led cultural practice in both the UK and Ireland. Her theatre work has toured nationally and internationally, and she is regularly a key note speaker on the subjects of disability, equality, representation and performance.

Hen Night will be broadcast in Summer 2021, and builds on  Vici's lifelong commitment to increased and improved representation of disabled people, our stories and a wider narrative championing disability visibility in the UK cultural landscape, on both our stages and screens.

We are extremely proud to be in a cohort of supremely talented disabled creatives, and hope this signifies a turning of the tide in disabled-led drama on our screens.

Hen Night is inspired by the book 'Crippled' by the incredible,  award-winning British journalist, Frances Ryan and the piece is created from an original idea by Vici and Frances.

We are grateful for the support from the BBC, Arts Council England, The Space, Unlimited, ARC
Stockton, Northern Stage, and Home in Manchester.
​ 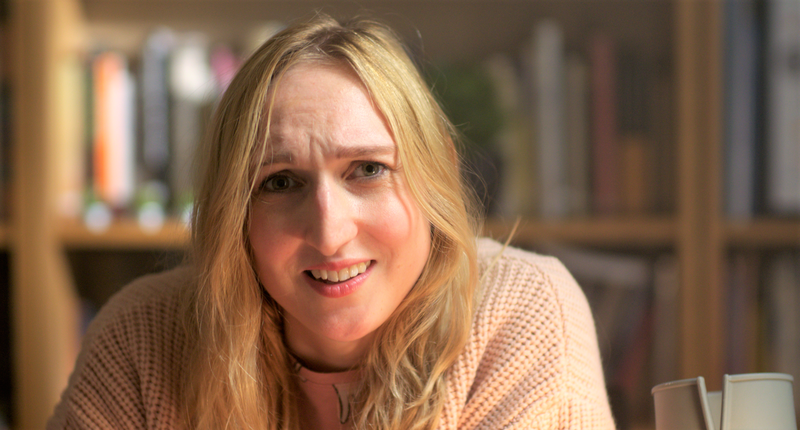 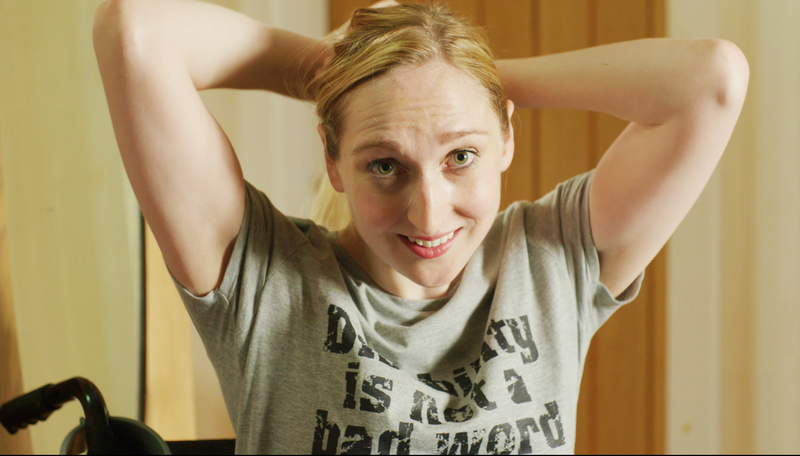 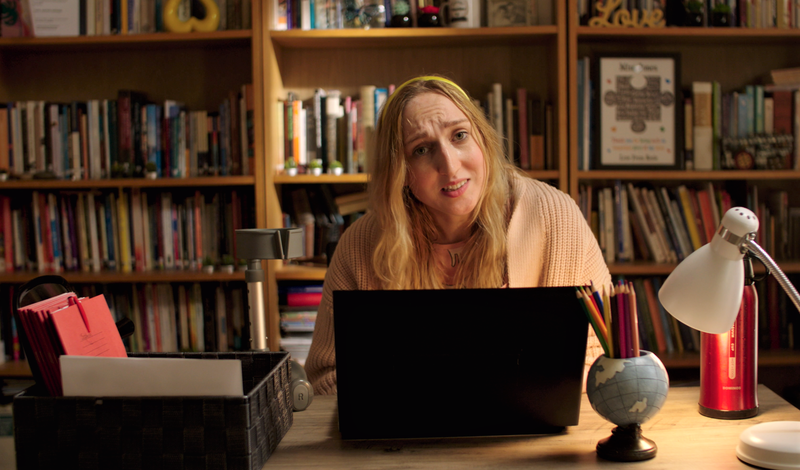 Nicola Chegwin
Nicola Chegwin is a disabled actor and screenwriter, based in the North West of England. She has appeared in a number of film, television and theatre productions, starring on the McCain Emmerdale ident for the past three years, along with her real-life family. She is soon to be seen as Livvie in the short film Ampudate. She will be playing the part of Helen in Laurence Clark's new play Cured, when it debuts at Liverpool Royal Court Theatre, before a nationwide tour. After training for two years at drama school, she went on to complete an MA in Screenwriting for Film at University Salford, graduating with merit. She writes under her married name, Nicola Pennicott-Hall.

Frances Ryan
Frances Ryan is an award winning journalist, author and campaigner. In the nearly decade she has worked at The Guardian, she has become one of the paper’s most popular voices, with an army of readers to her weekly column; her byline had a total of 3.6 million page views throughout 2020 alone.

Named one of the U.K.'s most influential disabled people by the Shaw Trust in 2019, her agenda setting work has been featured in lecture halls, the Women of the World Festival, the House of Commons, the National Trust, BBC Radio 4's Woman's Hour and The World Tonight, BBC Radio 2’s Jeremy Vine Show, Channel 4 News and more.

Her debut book, Crippled: Austerity and the Demonisation of Disabled People, was released with Verso in 2019 to critical acclaim, and shortlisted for the Bread and Roses Award 2020.

She has also contributed to several other titles, including chapters in Can We All Be Feminists? (Penguin US and Virago 2018), The Bedside Guardian (Guardian Books 2019), and Compassion in Politics (Routledge forthcoming). Ryan’s writing on disability was highly commended at both the 2020 and 2019 National Press Awards, as well as shortlisted for the Orwell Prize 2019 and the Paul Foot Award 2020 for investigative journalism.

She has a keen social media following at @DrFrancesRyan, with her debut co-created 2017 disability film gaining 7 million views on Facebook.

"We're not telling the truth about who we are as a nation if we do not include the stories of disabled people in our cultural landscape. These stories have been hidden for too long, and it's time to tell the truth."

Vici is an award-winning disabled theatre writer/director, screenwriter, activist and equality strategist whose work tours nationally and internationally, and now digitally. She is the Artistic Director of Little Cog which is a disabled-led theatre company based in the North East of England. Vici has been active in the UK Disability Arts movement for almost thirty years, and has developed a number of pioneering projects, productions and models of equality practice, to ensure that the stories of disabled people are placed centre-stage in culture. She developed the ground-breaking Cultural Shift, alongside Annabel Turpin at ARC Stockton, which is an evolving model of excellence creating space in a mainstream venue for disabled-led working practices. It is a model shared with international cultural leaders from across the world.

Vici is the recipient of several Arts Council England and British Council awards enabling her to tour her work nationally and internationally. She was one of six diverse directors from the UK invited to take part in the international Directors Lab North in Toronto in 2018.

Vici has produced a number of lockdown productions, spoken on panels and produced writings on disabled peoples’ experiences. She wrote, directed and also appears in Funny Peculiar starring Liz Carr (BBC Silent Witness), Mandy Colleran (Comedian and activist) and Bea Webster (Royal Shakespeare Company and Playwrights Studio, Scotland). The piece has been screened at a series of international film festivals, was awarded distribution support from The Space, and the playscript was published in June 2021 by Salamander Street.

She created Siege and The Wrong Woman Discussions for her Homemakers commission from ARC Stockton and Home in Manchester. She has been commissioned by New Writing North and Durham Book Festival to curate a series of writings by disabled writers, and to present the world premiere of her radio drama The Unsung in October 2021. She has been commissioned by Live Theatre and ARC Stockton to create a brand new stage production called Useless F*cker in Autumn 2021.

Vici is currently working with Full Circle, a learning disability theatre company, on their Stockton International Riverside Festival commission, Stomping Ground, which will appear as a film in 2021 and as a full outdoor production in 2022.

Vici’s original theatre work includes Butterfly (Best One Person Play 2018 British Theatre Guide, National Tour), Lighthouse (bilingual piece in English and BSL, British Premiere ARC Stockton), Another England (National Tour), The Art Of Not Getting Lost (ARC Stockton and Northern Stage), Vote for Caliban (Northern Stage), Deadly Devotchka (Edinburgh Fringe), Moll Cutpurse: A Comedy for the 21st Century (UK and Ireland Tour). Directing Credits include Ironmistress by April de Angelis and Lear’s Daughters by the Women’s Theatre Group for cirque des femmes. She directed two of the first pieces of original disability theatre in the Republic of Ireland, The Baby Doll Project by Rosaleen McDonagh (National Tour and Met Éireann Award) and Broadcast (Dublin Fringe Commission, Project Arts Centre) with Donal Toolan. Vici has directed many pieces of disability theatre written or devised by other disabled practitioners including Matryoshka and Coal Dust Whispers Song by Alison Carr, NeverNeverland and Occupation by Pauline Heath, and The Lab, Los Muertos, The Keepers, and In The Middle of Our Street by Full Circle.

Vici's career has pioneered a series of firsts for disabled people in both the Republic of Ireland and in the UK where she produced the first ever National Disability Arts Festival in Dublin and was Artistic Director of the month long regional Mimosa Festival of Disability Art in her beloved home, the North east of England. Vici has developd many disability ambassador programmes, agents of change and mentoring initiatives for hundreds of disabled artists, and works in mainstream setting to promote disabled-led work.

Vici is also co-founder of Disconsortia - a disabled artist-led collective based in the North East of England, championing the voises of disabled artists across artforms.