Feminist Cross Stitch
​Access
CW - strong language, reference to an assassination attempt
​Each image has detailed alt text to describe it
We're getting so much out of trying different crafts and both enjoying them for what they are and what they bring us, and also for how we can subvert traditional ideas and make up our own rules. We're mostly trying things out which are new to us, although thankfully with enough artistic women in the group to guide us, make suggestions and support us. Some if are exorcising gendered craft and technical activities from school, and some of us aren't interested in some of the sewing or crochet and are trying painting on wood, stencil art - all sorts of stuff that brings us pleasure. And best of all we share a space, and it's just lovely to be with each other, sometimes, laughing loudly, sometimes talking about difficult stuff and offering support and sometimes we concentrate so hard a silent zen consumes us....until the next giggles. Blissed and blessed.

For the feminist cross stitch we contrasted traditional samplers with feminist slogans or sayings, and we also had a small number of disabled women icons (who may not have described themselves in that way necessarily, but we know they are in our gang) who we created cross stitch portraits of .

Malala
Malala Yousafzai Malik is a Pakistani activist for female education and the 2014 Nobel Peace Prize laureate. She survived an assassination attempt when she was shot for her activism. After her recovery she continued her activism and has had a global impact. 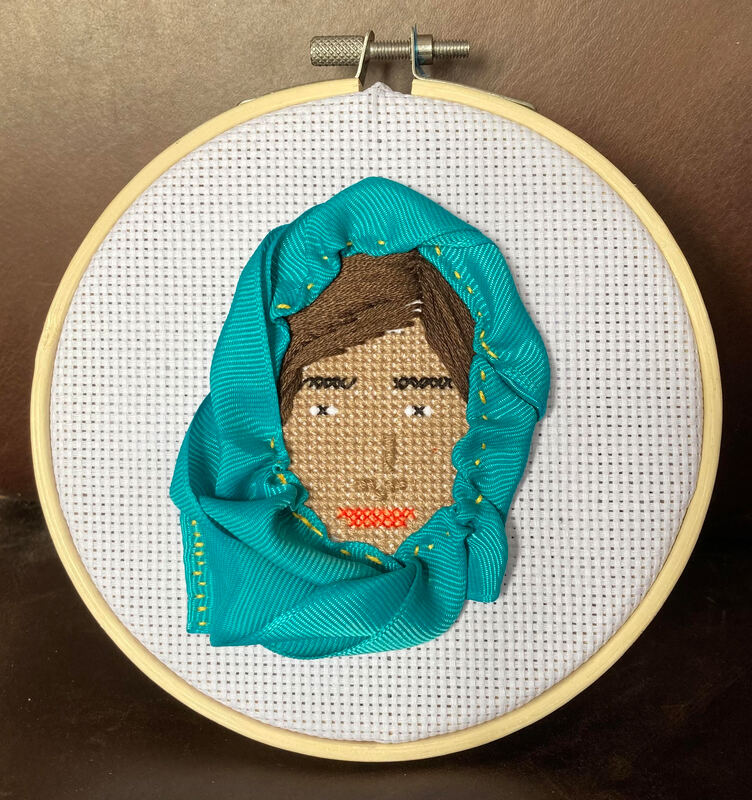 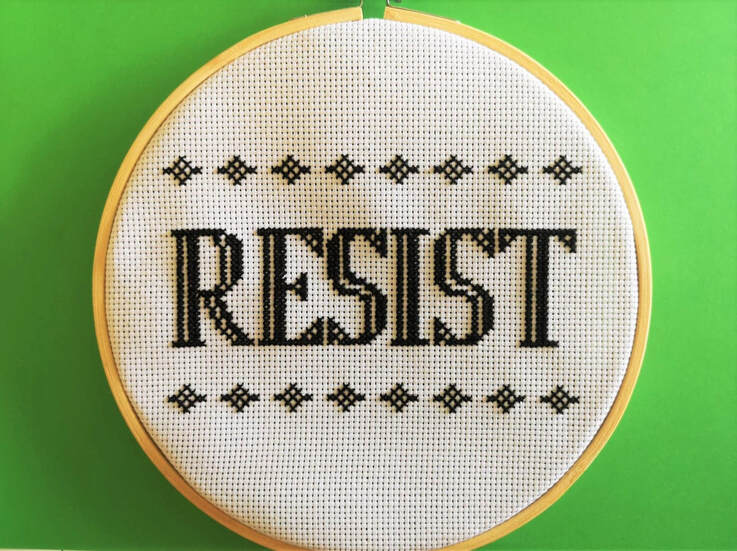 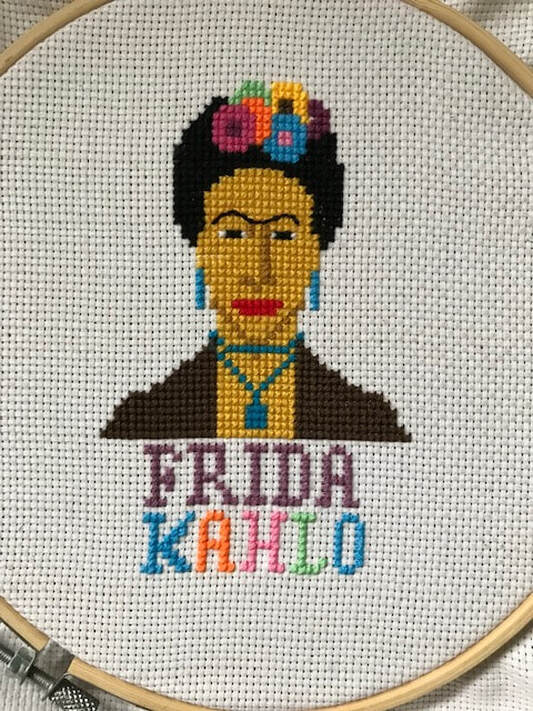 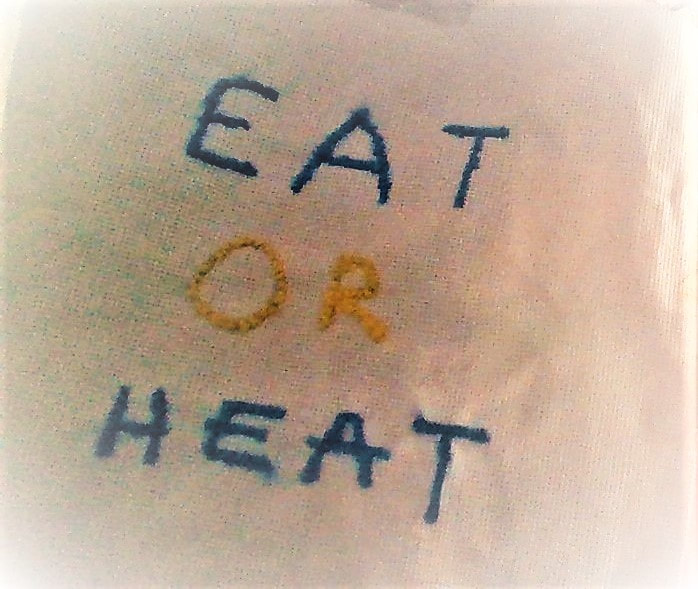 F*ck this for a game of soldiers 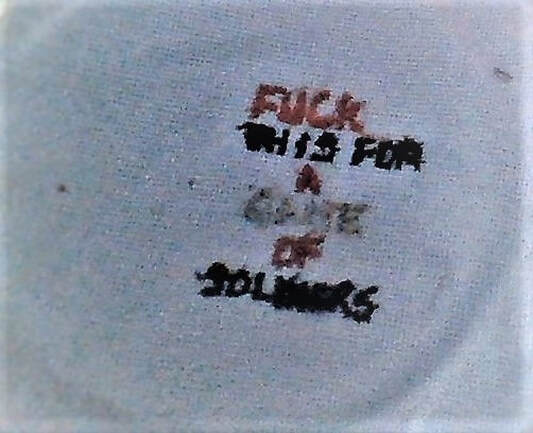 BACK TO THE GALLERY MAIN PAGE